HOW TO THROW A 2ND BIRTHDAY PARTY {TIM STYLE}

Wow, our babies are two. And they couldn’t be more fun. Isn’t this age is so fun. It’s like having a hilarious little sidekick with you the whole time.
When it came to planning their second birthdays, we both decided to go far more low key than with their first birthdays (you can read about those here). We both cut the guestlist and decided to keep it to just really close family and friends and we reigned ourselves in on the decorating front.
THE THEME
Life has been so hectic for both of us recently. Sam was on a work trip in France before Leo’s party and only landed back at 7pm the night before while Gemma was in Tuscany for her brother-in-laws wedding up until two days before Belle’s birthday. Neither of us had time to spend the weeks (months) trawling Pinterest and Etsy for the perfect themed decorations this time. How life has changed. Thank god for
Blossom and Bow,

a busy mums dream. Sam tried this first and was so blown away with it that she recommended it to Gemma. A big box full of everything lands on your doorstep the day before – from tablecloths, straws, plates and cups to fancy dress (Sam chose the Jurassic themed box for Leo’s party and every kid had a fun dino mask, Gemma chose the Once Upon a Time box and they all got a crown) plus bunting, balloons, confetti, candles, party bag – it was all there. 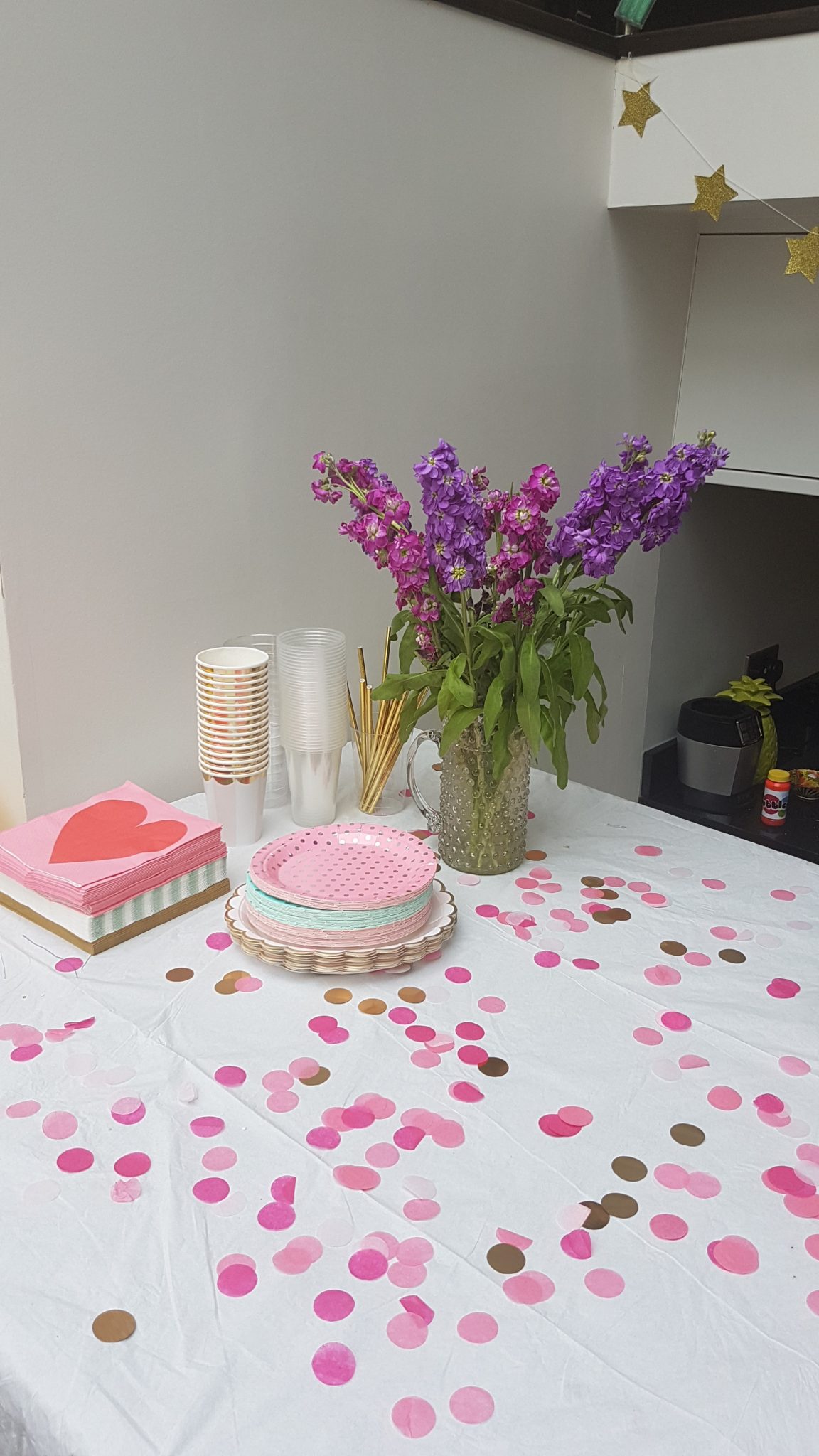 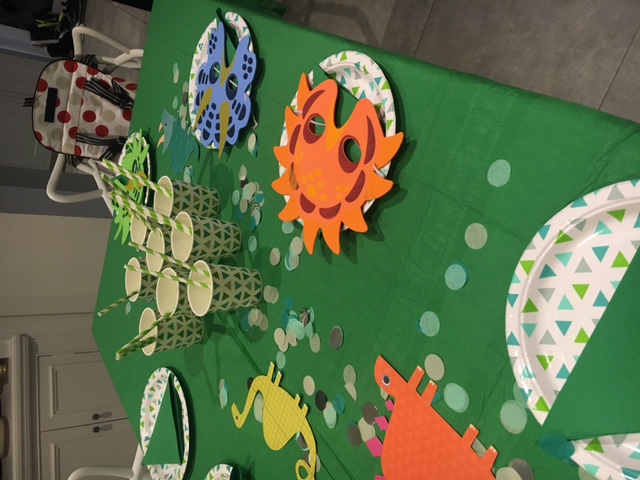 THE CAKE
This year, we both decided to make the cake. Sam mainly out of guilt that she was working so much (and the fact that cakes cost SO much) and Gemma because she is a cake pro and made Belle’s last year anyway. Sam went for a Postman Pat cake as Leo is obsessed and Gemma chose Minnie Mouse for Belle’s party. We both ended up making the cake the night before the party and roped in every member of the family available to help. Regular followers will have witnessed the whole thing on instastories (Sam’s disaster when the cake didn’t come out of the tin and Gemma’s decorating disaster are two highlights) They weren’t perfect but they were made with lots and lots of love and the kids loved them (and recognised what they were, which was a bonus) 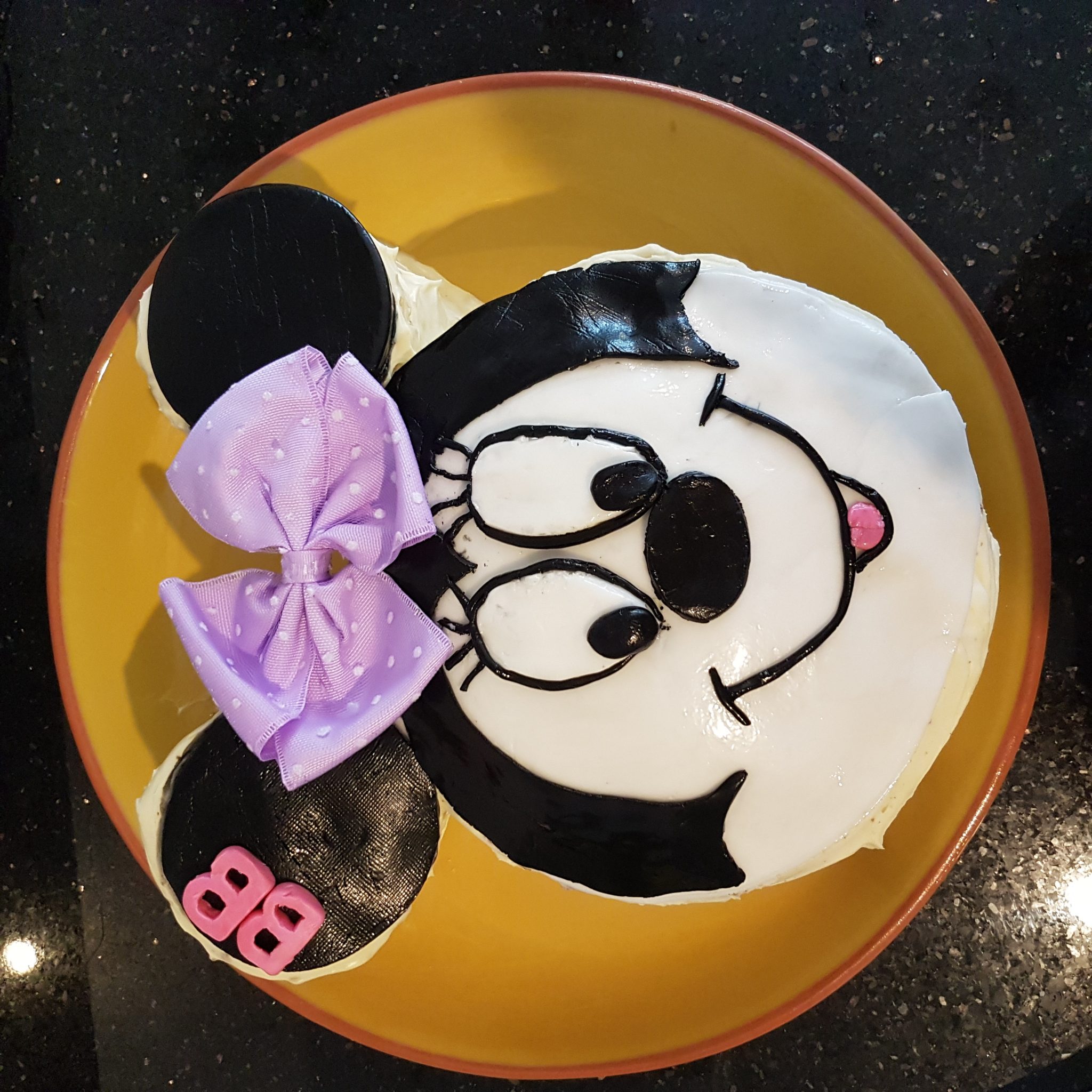 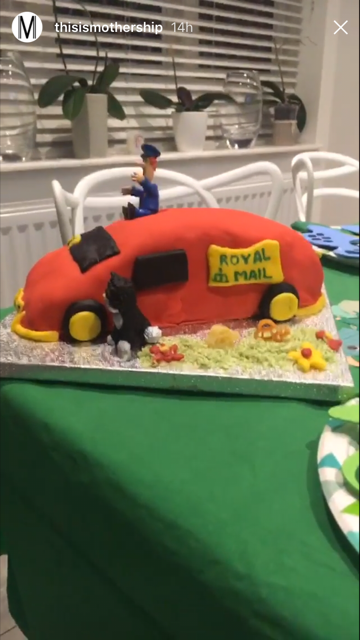 THE ENTERTAINMENT
Neither of us are big on traditional party entertainers. We just find it stressful when the kids don’t want to join in and sit in the circle, or have to join in ourselves when we’d far rather be over by the snack table ourselves. With that in mind, and the fact we were throwing small parties at home, we skipped the entertainer and went with toys we already had. All kids love someone elses toys. Leo’s playhouse (a second birthday present) was a hit with his guests. And you would have thought that with an end of July birthday, Gemma could have counted on the weather. But no. Luckily, the bouncy castle that she bought from Smythsthe night before just fitted inside her dining room (once the tables and chairs were out of the way) and the kids loved it. Turns out it was cheaper to buy it than hire it, it took 2 minutes to blow up with a pump that it came with and it packs up into a small box so can be brought out in case of a ‘I can’t be bothered parenting’ emergency. 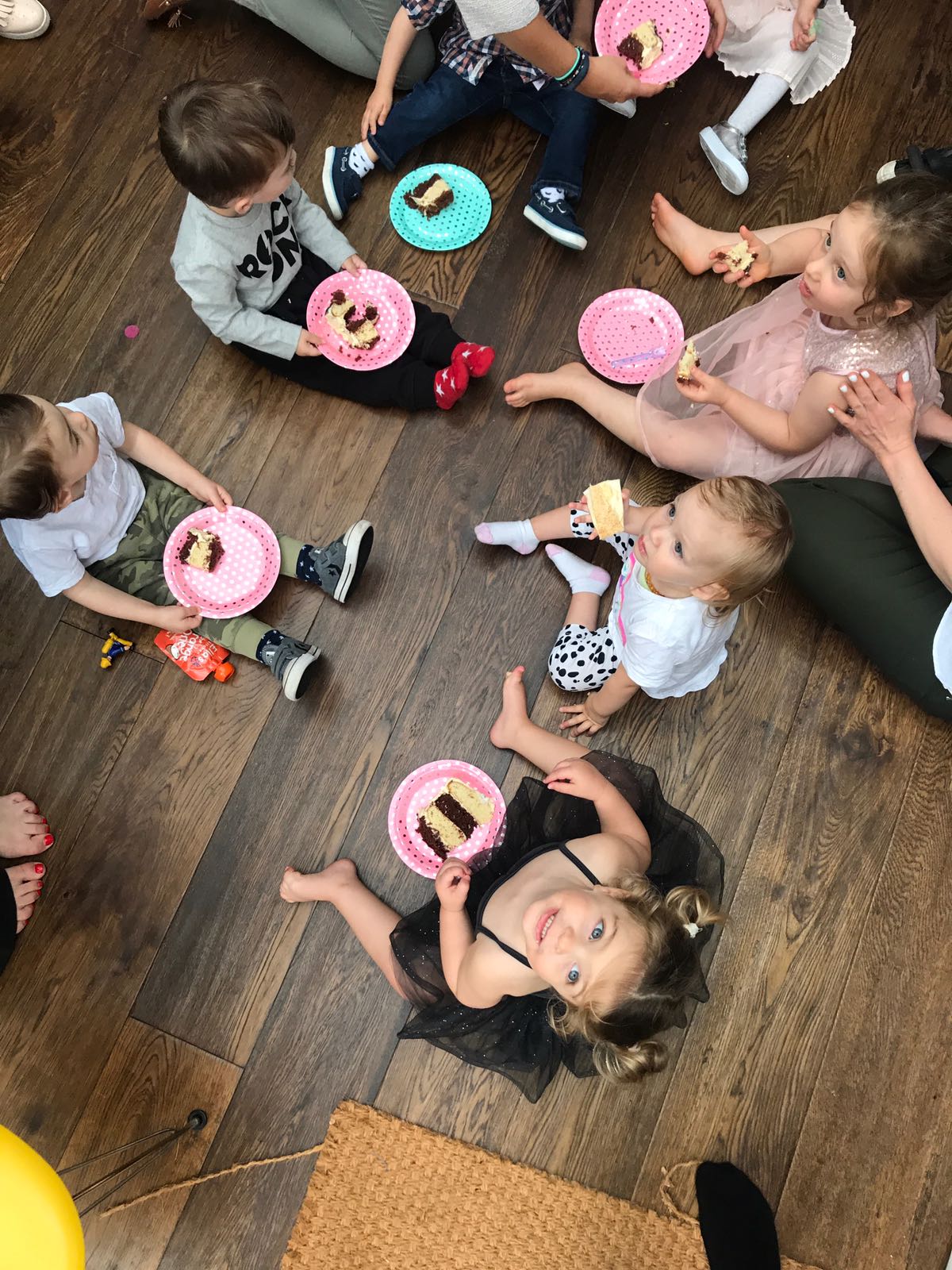 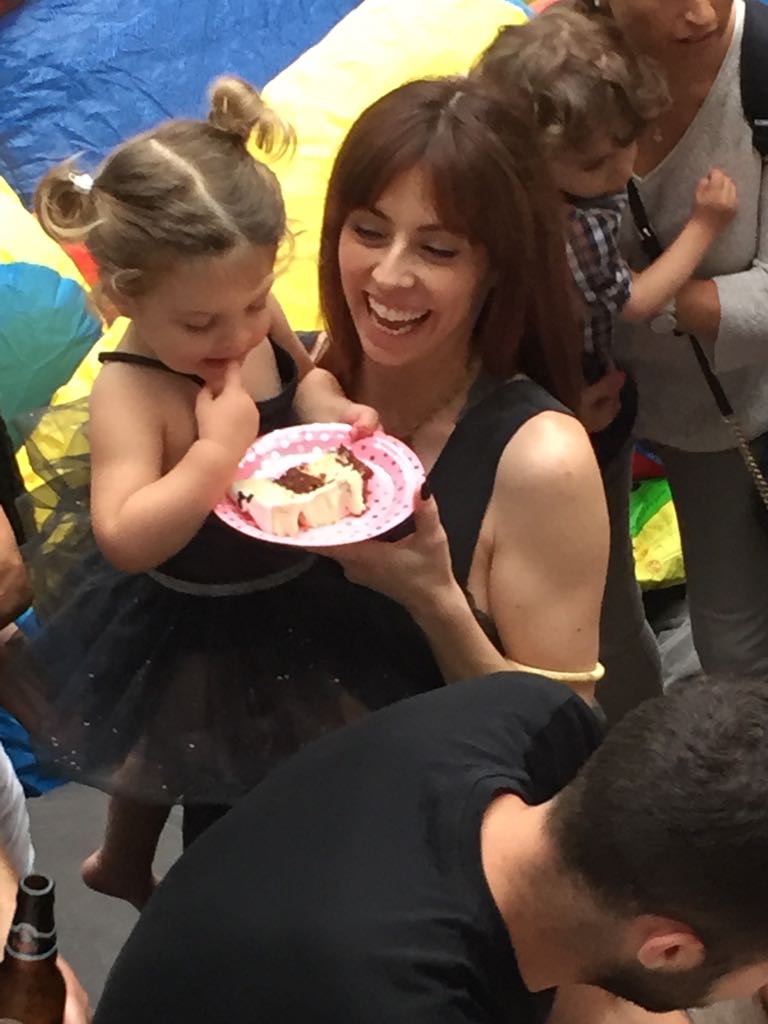 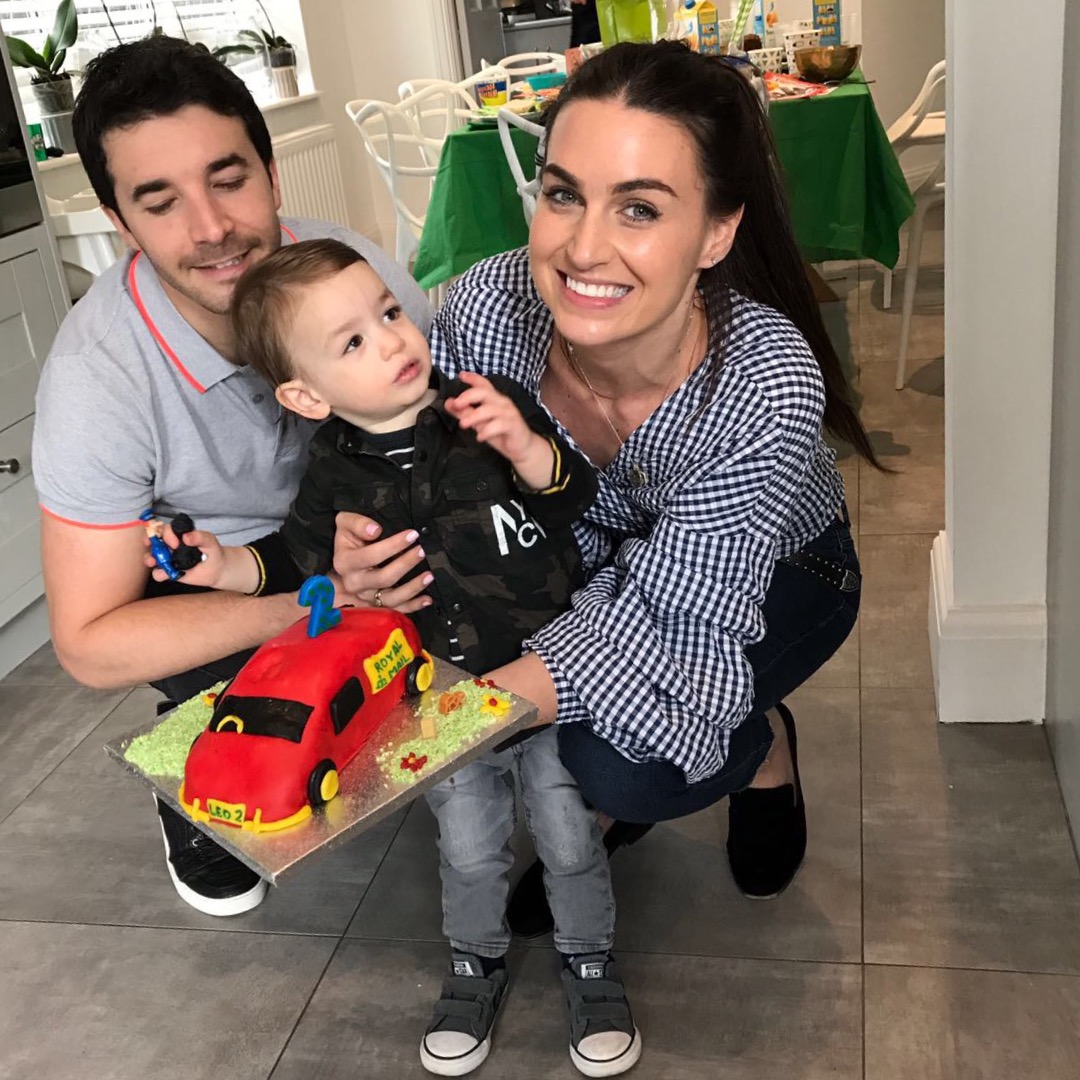 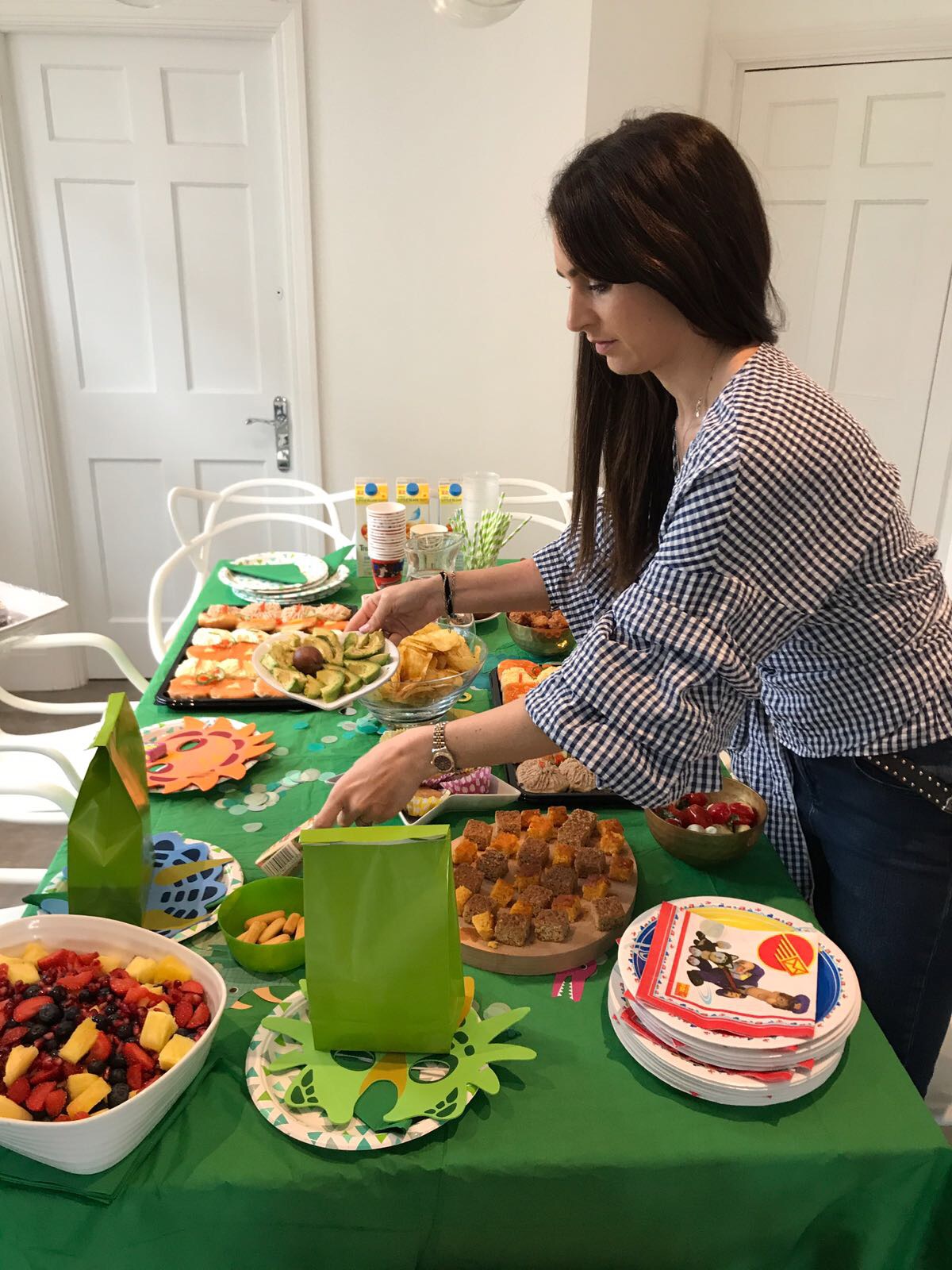 And that’s it, it’s over for another year. It’s funny how much more chilled out we were this year with the parties. Maybe next year we will go completely the other way and hire a hall. Or maybe not. Coming soon, a post on the best second birthday presents that come highly recommended from us.
Shares